San Antonio Roses Entertainment contracted with the U.S. Army to organize the sideline entertainment for the 2008 and 2009 U.S. Army All-American Bowl held at the Alamodome in San Antonio, Texas.  Along with the San Antonio Roses performance squad, over four hundred high school cheerleaders from San Antonio and surrounding cities were organized to create an afternoon of excitement on the sidelines while premiere high school football players competed on the field in an East vs West game to showcase their talent. 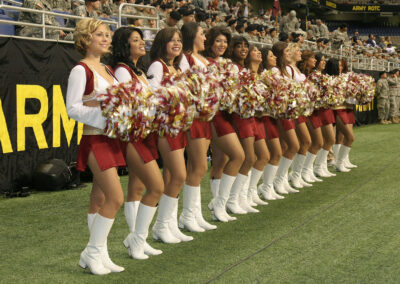 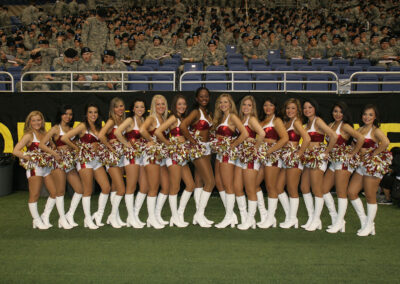