Members of the San Antonio Roses took part in the 2006 Poteet Parade in Poteet, Texas.  Before the parade started, they took photos with other parade participants including Premiere Cheer from San Antonio. on April 8, 2006. 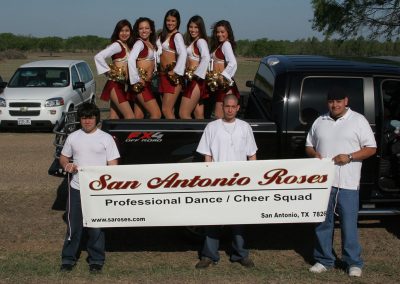 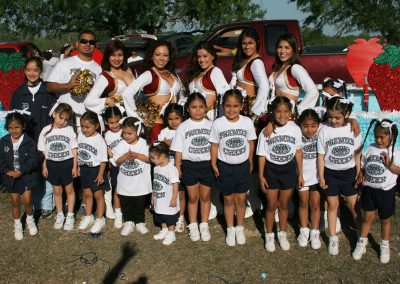 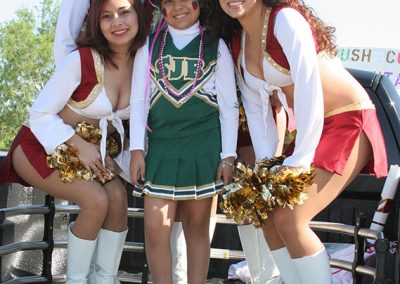 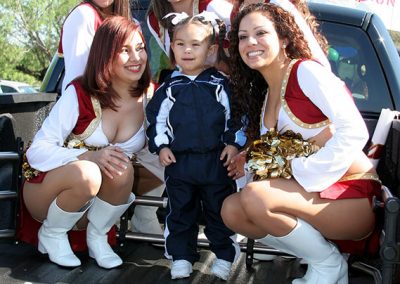 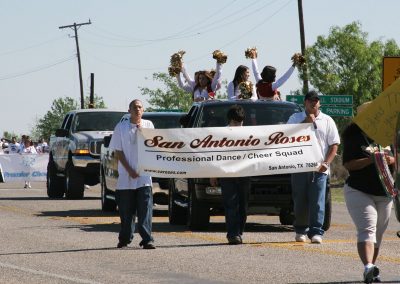 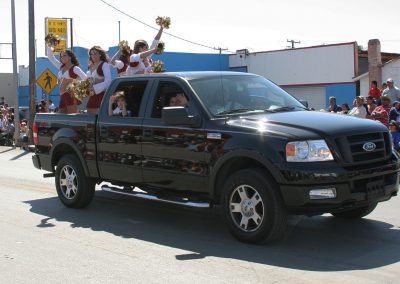 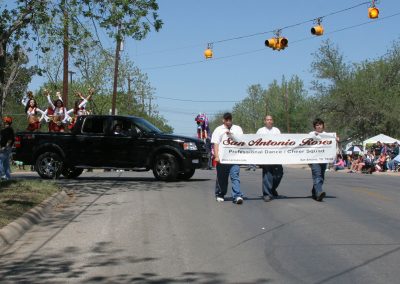